When conducting an acquisition due diligence review, it is important to understand the terms and conditions of the purchase, and the affect that the terms and conditions will have on the review. The definitions section of the Purchase and Sale Agreement (“PSA”) will define such terms and further guide you on how to effectively conduct your review. Terms such as pertinent dates, how to calculate net acres, excluded assets, title defects, and encumbrances are just a few items defined in this section of the PSA. When conducting due diligence, it is important to understand these definitions up-front, as the way they are defined will dictate how downward adjustments to the purchase price are applied. 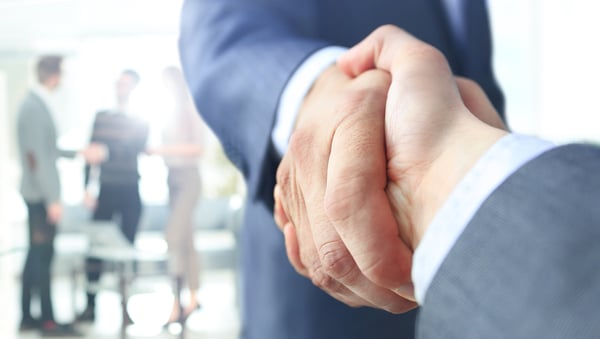 Encumbrances are commonly defined as any claim against a property that restricts the transferability of the property, or claims that burden or constrain an asset. In an acquisition, such claims will ultimately impact an asset by decreasing the value of what is being delivered. Some encumbrances, however, are considered permitted under the terms of the PSA, and will be listed in the “Permitted Encumbrances” section. Permitted Encumbrances include any burdens that may constrain the asset, while still maintaining marketable (defensible title) to the asset. Typically these encumbrances are viewed as ‘normal course of business’ as long as the burdens do not lessen the delivered working or net revenue interests as defined by the terms of the agreement. Permitted encumbrances should not be considered a defect during the course of a due diligence review.

The following is an example of an encumbrance which would typically result in a downward adjustment to the purchase price as it renders the lease unmarketable or rather, this encumbrance precludes defensible title. Landowners “The Smiths” enter in to a 5 year agreement with XYZ Drilling Company for an oil and gas lease on their property. Both parties agree to the terms of the lease and XYZ remits payment for the bonus and records a copy of the lease at the county courthouse. The Smiths, curious as to the recording of their lease, research and pull a copy from the courthouse for their own records. They notice that the recorded version of the lease has an extension clause for an additional 5 year term after the primary, which was not agreed upon during the lease negotiation. The Smiths request the drilling company to record an amended version of the lease resolving the mistake. XYZ refuses and the Smiths sue, resulting in litigation encumbering the lease. If XYZ were to assign, sell or convey this lease, the buyer would require XYZ to remove the asset as part of the sale pending successful litigation in XYZ’s favor, which would result in a downward adjustment to the purchase price. If XYZ won the suit, then the cloud on title would be cleared and there would be no encumbrance affecting the lease; thus buyer would have marketable title.

Examples of common permitted encumbrances are right-of-ways, easements, permits, surface leases, mining rights and other similar rights in the leases. Existing encumbrances such as railways, power lines and highways are typically permitted as long as they do not interfere materially with the value, ownership, or use of an asset. It is common to see operators secure mortgages on their assets in order to fund expanded exploration, defray drilling costs, and ensure future development of their assets. These securities will fall under the category of conducting the normal course of business and are usually viewed as permitted encumbrances. Tax liens, mechanic’s liens, vendor’s liens, and material men’s liens are also common permitted encumbrances as long as payment or sums are not yet due. Burdens such as operating agreements and pooling declarations are considered permitted as long as they do not materially affect or diminish the value of the asset or restrict its transferability. In some instances, operating agreements creating an obligation below a certain dollar amount are considered a permitted encumbrance.

Reviewing and understanding the terms of the PSA and the definitions within are the first steps to conducting a successful acquisition review. Knowing the difference between which encumbrances are permitted and those that are not will save the reviewer time and will maintain a cost-effective project for your acquisition.  By clearly understanding the conditions of the PSA, you save a potential loss to the newly acquired asset, and have satisfied the initial goal of the review.

For further reading, we suggest the following: