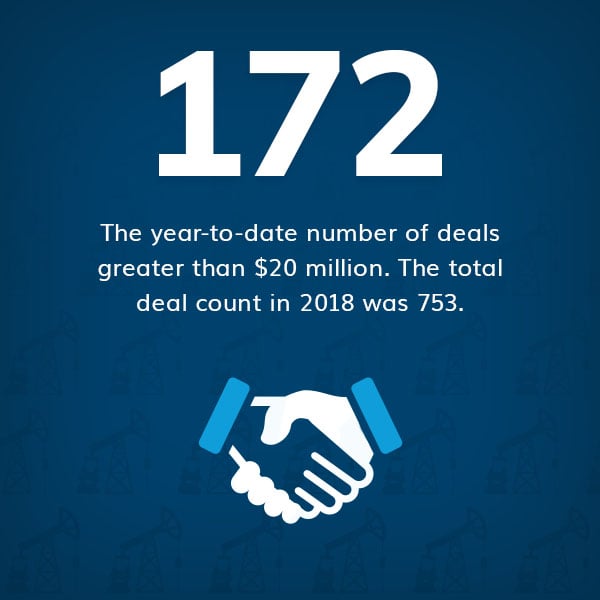 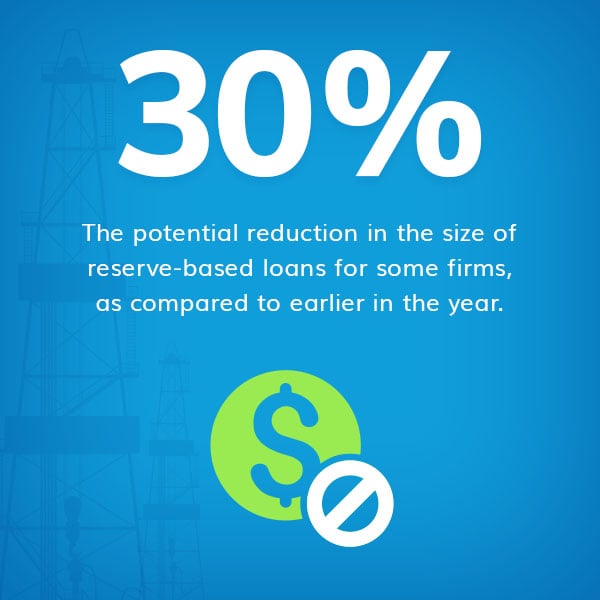 30%: The potential reduction in the size of reserve-based loans for some firms, as compared to earlier in the year. 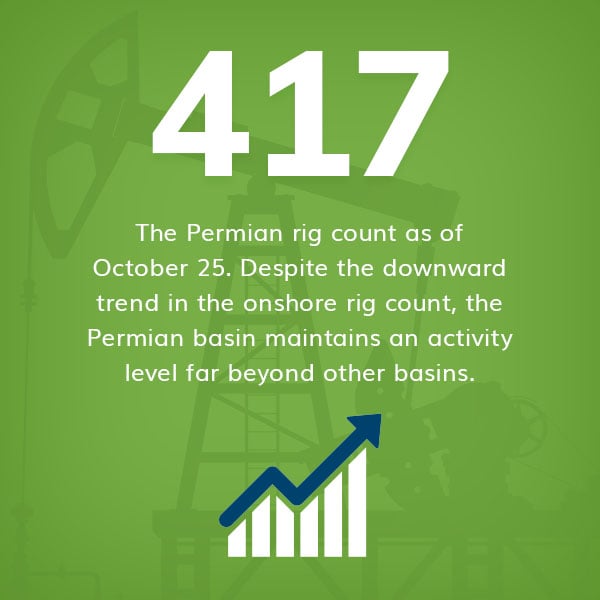 417: The Permian rig count as of October 25. Despite the downward trend in the onshore rig count, the Permian basin maintains an activity level far beyond other basins. 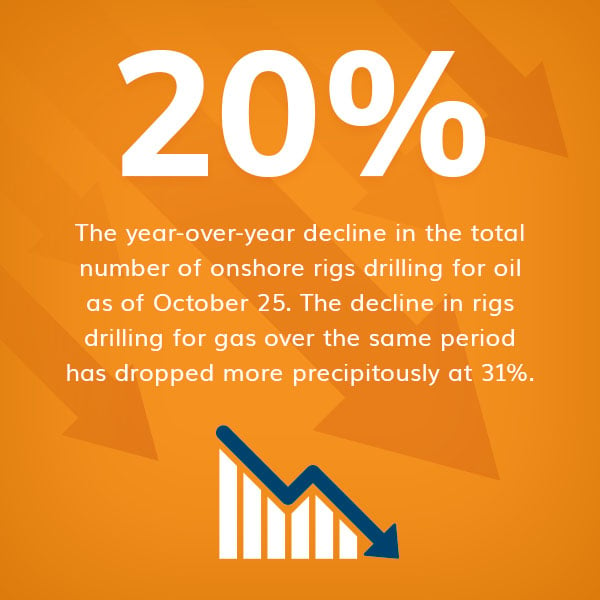 $100 Billion: By 2025, the amount of cost savings in upstream operations that will derive from AI-driven technologies.