Faced with an oversupply of oil, no place to store it, and a spot price below the cost of production, producers have scrambled to shield themselves from permanent damage during the downturn -- but not all solutions for saving your leases are created equal.

In part one of our FAQ series, we will review the first steps oil and gas producers should consider when curtailing production and the lease clauses to be aware of. 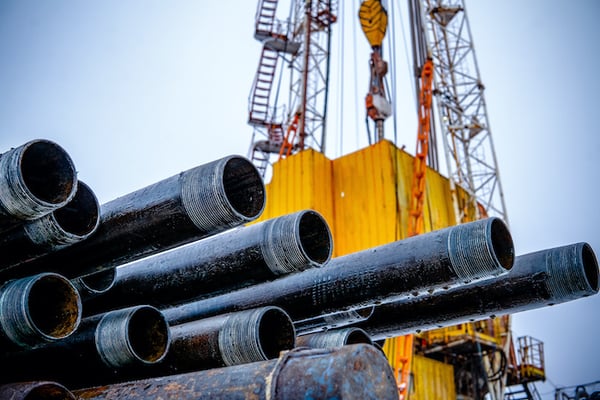 1. What is the first course of action to take?

First, the land team needs to review all leases within the Secondary Term to determine what lease savings options are provided in each lease. Given the possibilities, the land team (along with other departments) can choose the most appropriate course of action for each lease while also considering the related well(s) in each producing unit. If not in place already, it is important to establish a multi-disciplinary team or workflow that includes land, operations, accounting, and legal functions to facilitate communication and identify any operations or actions that may cause a lease to terminate when shutting in or curtailing production.

2. What are the lease savings clauses, or other options, to shut-in a well without violating the lease?

The lease savings clauses include Force Majeure, Shut-in Royalty clause, and Cessation of Production. Additionally, a lessee may consider renegotiating the lease savings provisions of the lease(s) with one or more lessors.

3. What is Force Majeure?

The purpose of the Force Majeure clause is to prevent termination of the lease when there are circumstances beyond the lessee’s control that make performance of some lease obligations untenable. The clause typically sets out a list of events deemed to be acts of God and, therefore, beyond the lessee’s control. However, Force Majeure clauses are narrowly interpreted by the courts to encompass only certain events - low commodity prices or lack of storage do not typically qualify to invoke Force Majeure. If your fee lease has this clause, in almost every case, it will not provide relief to shut-in the well.

4. What does Force Majeure look like in fee, state and federal leases?

5. What is a Shut-in Royalty clause and when does it apply?

The shut-in royalty clause in an oil and gas lease will keep a lease alive, in certain situations, as long as the lessee makes prescribed payments to the lessor. More specifically, shut-in royalty provisions state that if the lessee drills a well during the primary term that is capable of producing the leased minerals in paying quantities, and then the well is shut-in (usually for lack of a market, for maintenance, or because no pipeline has yet been constructed to transport the gas), the lease will be held in force so long as the lessee makes the shut-in payments outlined in the lease. Many leases limit the shut-in period to two years in aggregate.

6. What are some other characteristics of a Shut-in Royalty clause?

Many shut-in royalty clauses apply to both oil and gas, although custom lease forms may limit the provision to gas only. If you have an oil well that also produces gas, you may be able to shut it in with this clause. In Texas, it should be noted that the courts have held that shut-in royalty payments cannot extend the term of the lease if the well was not capable of producing without additional work at the time it was shut-in.

7. Are there any state or federal regulations regarding shut-in wells?

In New Mexico, the state commissioner of public lands has the right to approve shutting-in wells if the price is too low. The Bureau of Land Management (BLM) issued a memo of interim guidance regulation for suspending production and reduction in royalty in April 2020.

8. What does the Habendum clause say and how does it work?

The Habendum clause is the portion of the lease that makes the instrument a conveyance in fee simple by stating the lessor has granted to the lessee the oil and gas contained in the property “for a number of years and so long thereafter as oil and gas are produced from the property or property pooled therewith.” The Habendum clause also breaks a lease into a primary and a secondary term.

9. Why is the Habendum clause important for maintaining the lease?

The Habendum clause establishes the term of a lease and enables the lessee to maintain the lease beyond the primary term if production in paying quantities is maintained or a lease savings clause perpetuates the lease.

Considering these issues above, along with other dimensions of your leases and agreements, we can help you develop a comprehensive risk management plan.